Bipartisan Budget Act of 2018 raised the statutory caps on discretionary spending by a total of $296 billion over FY’18 and FY’19. 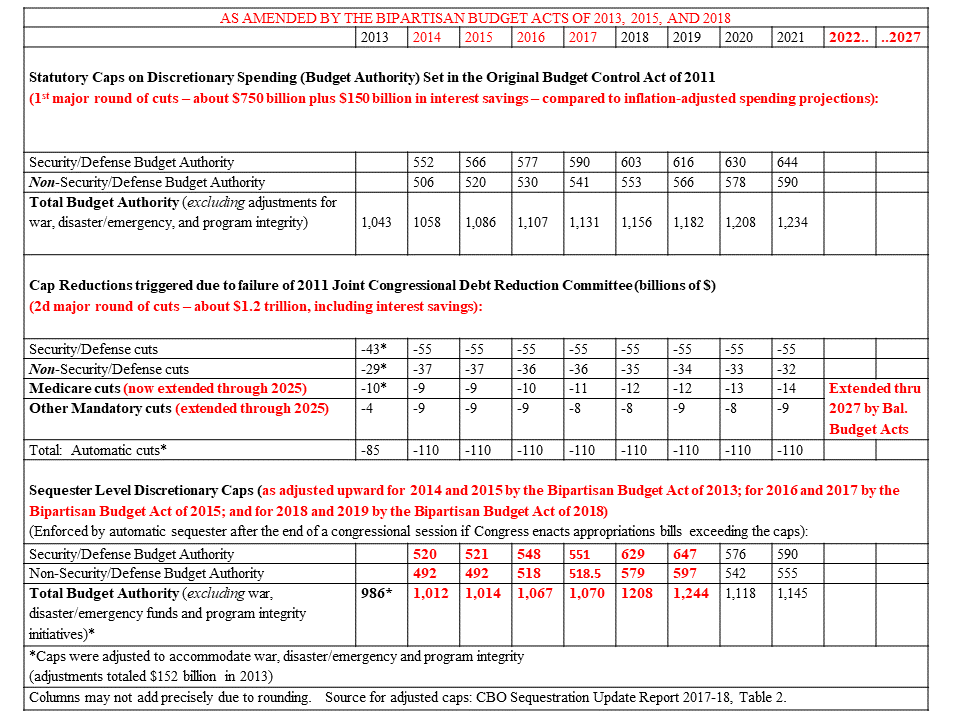 FedTaxPortal.com
NonpartisanPortal to all
Current and Historical
Tax and Revenue Legislation