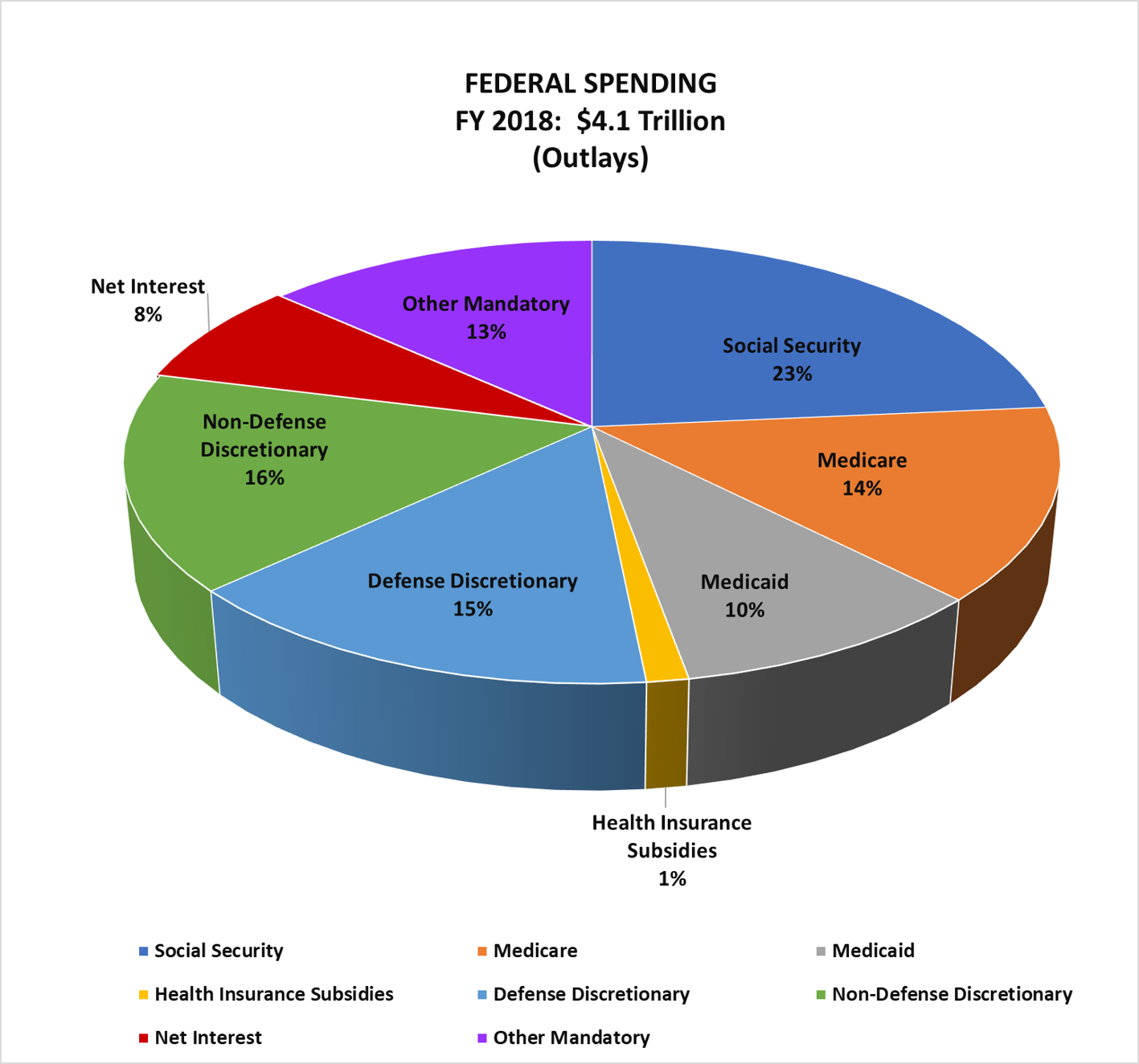 The $4.1 trillion Federal Budget breaks down as follows (FY 2018 Outlays):

FedTaxPortal.com
NonpartisanPortal to all
Current and Historical
Tax and Revenue Legislation